Previously scheduled for Jan. 24–25, ExecuVision 2022 has been postponed. All current registrations have been applied to the new date, which will be announced shortly. ASA will honor requests for refunds. Please email e**********@americanstaffing.net or call 703-253-2020.

NBA Legend and Chairman and CEO of Magic Johnson Enterprises 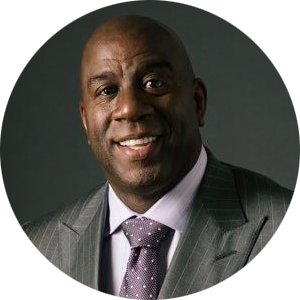 Basketball legend turned business mogul Earvin “Magic” Johnson is widely recognized as one of the most influential individuals in the world. Johnson is chairman and CEO of Magic Johnson Enterprises, an investment conglomerate that provides high-quality products and services that focus primarily on ethnically diverse and underserved urban communities. Having left the basketball court for the boardroom, Johnson parlayed the skills and tenacity he acquired on the court into a winning formula for his successful business ventures.

For the last two decades Johnson has consistently turned heads with his unprecedented partnerships. In his early years as an entrepreneur, he forged an alliance with Sony Pictures to develop Magic Johnson Theatres. In 1998, he teamed with Starbucks to become the only franchisee in the history of the company, acquiring and eventually selling 125 stores in a lucrative move which further solidified his position in the business world. Both ventures served as catalysts for redevelopment in urban communities and are widely recognized as the corporate blueprint for engagement and success with urban consumers across America.

Still a commanding presence in the sports world, he made history in 2012 when he became co-owner of the Los Angeles Dodgers, a Major League Baseball franchise that was purchased for an astronomical $2 billion dollars. It was the highest purchase price for any professional sports team at the time. He also co-owns the Los Angeles Sparks of the WNBA, Major League Soccer’s Los Angeles Football Club, and eSports franchise Team Liquid. Johnson continues to expand his influence through a number of other investments. He currently has controlling interests in EquiTrust, a $20 billion financial services company, and SodexoMAGIC, a food service and facilities management company.

The Lansing, Michigan, native is constantly evolving and remaining relevant in a dynamic digital age by broadening his scope into infrastructure and technology. In 2015, Magic Johnson Enterprises and Loop Capital formed an alliance to create MJE-Loop Capital Partners. The firm raised a fund committed to investing millions of dollars on infrastructure improvement in the U.S. Operating under the philosophy that true success is making others successful, he is one of the leading investors in a number of minority-owned tech companies that include Uncharted Power, an award-winning power and data infrastructure technology company; Jopwell, a diversity and hiring recruiting platform; and MiTú, the Latino-fueled media brand and digital network. He is deliberate in his investment strategy to bring positive impact to the community. 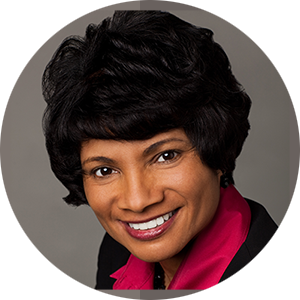 As Intel’s first chief diversity officer, Hudnell helped launch Intel’s $1 billion Diversity in Technology Initiative. Her career at Intel spanned over two decades and she eventually rose to the position of vice president of human resources and president of the Intel Foundation. She served on President Barack Obama’s U.S. Council on Jobs and Competitiveness and as an advisory board member of the Global Business Coalition for Education.

She is a senior fellow of the American Leadership Forum and a member of the Executive Leadership Council. She currently serves as a trustee for the Alvin Ailey American Dance Theater, a member of the board of directors for the Black Filmmakers Foundation, and as chairman of the Stanford Medicine Commission on Justice and Equity.

Hudnell received a lifetime achievement award from Intel for her impact on diversity and inclusion and has received numerous other honors including the Rainbow Push Technology Trailblazer Award, Diversity Woman First Star Leadership Award, and Ebony Power 100.

Putting Your Health and Safety First

The health and safety of those participating in ASA events is a top priority. ASA will continue to carefully monitor the Covid-19 situation and will contact ExecuVision registrants with any changes surrounding this important event.