Why the Government Is Coming After Your Clients

By Edward A. Lenz, Esq.
Share
In a book that has gotten wide attention from policy makers, a top Obama administration official argues that staffing and other forms of employment outsourcing, while good for businesses, are bad for workers. To fix this problem, the author asserts, regulators should target the companies that use these services.

The staffing industry prides itself, and rightly so, on its contributions to workers and the economy. Staffing firms provide flexible job opportunities and a bridge to permanent employment for millions of workers—and help businesses achieve higher workforce efficiency. More recently, the staffing industry led all others in job creation coming out of the Great Recession.

In The Fissured Workplace, Why Work Became So Bad for So Many and What Can Be Done to Improve It (Harvard University Press), published in 2014, David Weil, Ph.D., acknowledges the benefits of labor outsourcing to businesses, but says the growing use of such arrangements has been costly to workers—in higher rates of workplace injuries, increased non-compliance with labor and employment laws, and lower wages and benefits. The solutions he proposes have attracted the interest of policy makers and regulators, and some have already been adopted. Hence, employers would do well to study his arguments and, if they disagree, be prepared to offer constructive responses and alternative solutions.

A recognized national expert in labor policy, Weil taught economics and management at the Boston University School of Business prior to being appointed to his current position as administrator of the U.S. Department of Labor’s Wage and Hour Division. His book recounts in detail the powerful economic forces that compelled U.S. companies to shift from internal workforces to “fissured” work—involving various subcontracting, franchising, and supply chain arrangements, including temporary staffing.

Through most of the last century, Weil says wages and working conditions, especially in larger companies, were determined through internal labor markets managed by corporate personnel, benefits, and labor relations departments. Unions were an important factor in wage growth during that period. But because wage determinations in larger firms tended to be based on “fairness norms,” he says workers in such firms, regardless of union presence, tended to be paid more and enjoy better benefits and working conditions than comparable workers in smaller firms.

Beginning in the 1970s, however, he says “the pressures of inflation and overheated macroeconomic demand, along with global competition in core sectors of the U.S. economy, shook the basis of those [internal labor] systems.” The result was a “seismic shift” to outsourcing. Two major forces, he says, accounted for this.

First was the “growing demands placed on companies by public and private capital” that involved “disciplining the behavior of managers and keeping their attention focused on returns.” A key message from capital markets was “the pursuit of core competency.” The message was simple: 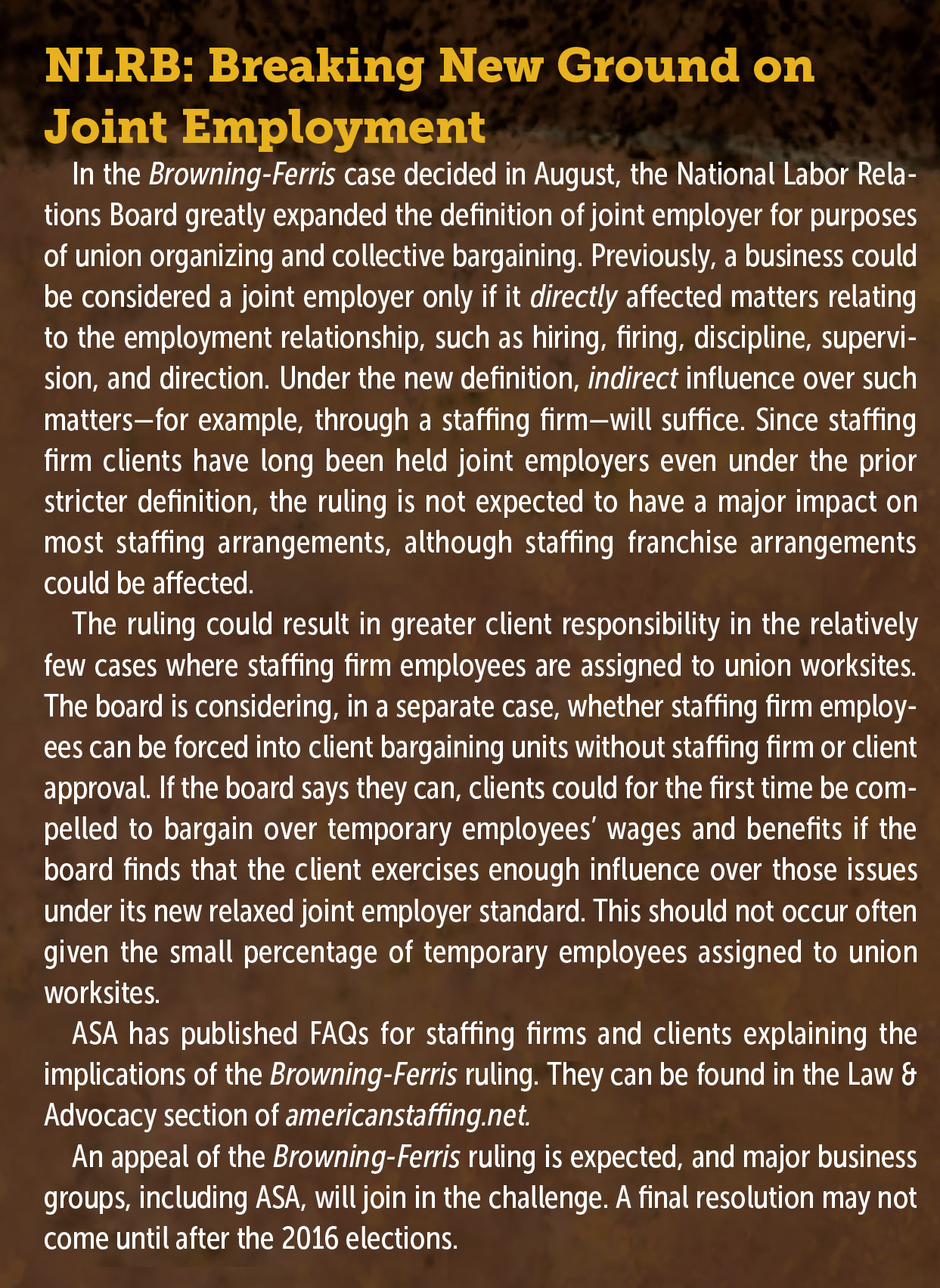 Firms should focus their attention and their resources on a set of core competencies that represented distinctive capabilities and sources of comparative advantage in the markets in which they competed. Anything that did not directly support those core competencies would be carefully evaluated as to whether it should (1) remain part of the business at all; (2) be restructured to be done more efficiently internally; or (3) be outsourced to some other party that could provide the necessary activity and externally at lower cost. In essence, the message was find your distinctive niche and stick to it. Then shed everything else.

Second was the development of technology that enabled lead companies to cost-effectively monitor the work of other parties. Such systems allowed companies to shed internal activities while still ensuring performance standards essential to maintaining brand integrity and profitability.

But workers paid a price, Weil argues. “By shedding employment to other parties, lead companies change a wage-setting problem into a contracting decision.” This “creates downward pressure on wages and benefits, murkiness about who bears responsibility for work conditions, and increased likelihood that basic labor standards will be violated.” Why? Because the secondary employers tend to be smaller firms “that function in more competitive markets and are separated from the locus of value creation.”

A major problem, Weil says, is the complex and confusing legal environment in which fissured relationships operate—in particular, the varying definitions of “employee” under federal and state labor and employment laws—and the central role of the “right to control” in identifying the entity responsible for compliance. He says that lead company concerns over potential liability for its contractors’ behavior creates powerful incentives to exert as little control as possible. With minimal supervision and under intense competitive pressures, contractors thus have an incentive to pay lower wages than comparable workers directly employed by the lead company—and to cut corners on labor and employment law compliance.

To fix this, Weil says courts should expand joint employment to make it easier for employees and regulators to hold lead companies accountable for workplace violations. And new laws should be enacted requiring lead companies to explicitly consider the “social costs” of outsourcing by promoting “greater scrutiny in the selection, monitoring, and coordination of” subordinate organizations. In his view, such laws should focus on barring lead companies from shedding employment primarily to avoid compliance with workplace laws, and holding them directly accountable for compliance with such laws, and for setting wage, benefits, and other work policies.

Regarding the issue of stagnant wages, Weil cites a 2012 California federal court ruling as a “particularly powerful response to this fundamental problem in fissured work arrangements.” The case involved temporary workers providing services in Walmart distribution centers managed by Schneider Logistics. Schneider didn’t directly employ the workers, but the court held it had enough control to warrant “requiring Schneider itself to assume the role of employer, paying wages and benefits comparable to what it paid its own direct employees.”

Weil says courts should expand joint employment to make it easier for employees and regulators to hold lead companies accountable for workplace violations.

The NLRB Leads the Way

The National Labor Relations Board appears to have taken a page out of Weil’s book. In a recent decision with potentially far-reaching implications, the board has substantially loosened the requirements for determining who can be held responsible as a joint employer for purposes of union organizing and collective bargaining. (See the sidebar on page 30.)

Changing the definition of joint employment through case decisions and government agency rulings is, of course, time-consuming and ad hoc. And political realities, as Weil recognizes, make changing the definition through legislation “unlikely for the foreseeable future.” Thus, enforcement of existing laws might bear more fruit in the short term, he says. But that, too, has problems. Enforcement efforts, he says, have historically suffered from chronically limited resources, much of it wasted on “cat and mouse” games with small players and little effect on overall compliance. His solution: Aim enforcement efforts at lead companies.

Regulators, he says, should adopt “top-focused” enforcement strategies to go after lead organizations with a history of systemic violations among their subcontracted entities. They should enlist good corporate actors to lead compliance efforts in their respective industries (Weil would approve of ASA’s alliance with OSHA to promote temporary worker health and safety). And they should publicly disclose workplace practices in certain industries (which he calls “targeted transparency”) to pressure lead organizations into more closely scrutinizing their subordinates’ conduct.

Weil’s book provides a compelling description of the economic forces behind the shift to labor outsourcing and the impact on compliance with workplace laws—although the forces he describes may only partially account for the slow wage growth in the last few decades. The book does not, for example, discuss the possible correlation between technology-driven productivity growth and wage stagnation. See, e.g., “Technology and the Future of Work: The State of the Debate” (Open Society Foundations, April 2015). In any event, wage levels are, and should be, a function of markets, not government. Expanding joint employment, as Weil urges, to mandate wage parity as the court did in the Schneider Logistics case is a particularly inapt tool for addressing wage disparities.

Equally problematic is stretching the concept of joint employment to enforce existing workplace laws. Such an approach could exponentially increase the number of business entities subject to potential enforcement activity, which could put an enormous new strain on already limited enforcement resources. It also could sow confusion and uncertainty among businesses all along the supply chain, and spawn new waves of costly litigation to sort out the complex factual and legal issues involved. The dissenting members of the NLRB in the Browning-Ferris case did not mince words.

[T]he majority abandons a longstanding test that provided certainty and predictability, and replaces it with an ambiguous standard that will impose unprecedented bargaining obligations on multiple entities in a wide variety of business relationships…This new test leaves employees, unions, and employers in a position where there can be no certainty or predictability regarding the identity of the “employer”… This…threatens to cause substantial instability in bargaining relationships, and will result in substantial burdens, expense, and liability for innumerable parties, including employees, employers, unions, and countless entities who are now cast into indeterminate legal limbo, with consequent delay, risk, and litigation expense.

Editor’s Note:
As this issue went to press, the U.S. Department of Labor issued specific guidance on when lead companies should be held jointly responsible for workplace law compliance. Initial reaction from employment law experts is that the guidance is likely to be challenged because it was issued without public notice and opportunity for comment and creates a much broader joint employer standard than permitted under existing law. Since staffing firm clients have long been held joint employers under traditional joint employer principles, the guidance is not expected to have a significant impact on most staffing arrangements.

The Fissured Workplace raises many complex issues, and efforts to address the concerns expressed in the book will be fraught with challenges—driven by the sheer volume and variation of arrangements involving workers in widely diverse job settings, and by the multitude of existing workplace laws and regulations affecting those relationships at every level of government. Not to mention a host of potentially contentious policy and political issues. To cite one example, how to effectively address worker misclassification has vexed policy makers for decades—and the growth of the so-called gig or freelance economy—another variant of fissuring—has prompted some policy makers to consider how to extend legal protection to workers regardless of their employment status, which will present new challenges.

At one point, Weil soberly reflects that many of the existing workplace laws he applauds took a long time to enact. That is not necessarily a bad thing. Given the complexities surrounding fissured work, the evolving nature of those arrangements, and the potential impact on commerce, consideration of what new policies may be necessary and appropriate could, and should, take time. 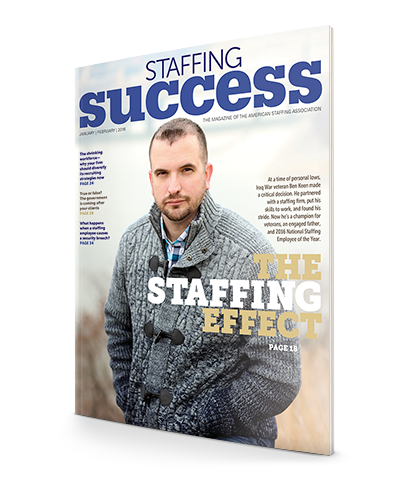